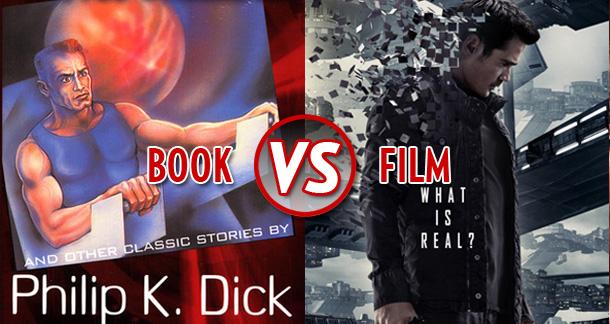 At the very beginning of the recently released Total Recall, a graphic recognizes the company behind the movie, producer Neal H. Moritz's Original Films. The unintentional irony of the word "original" being attached to a remake caused the audience at my screening to chuckle knowingly. What the people in that theater may have missed in their gentle mockery was another card, deep in the credits, that acknowledged another layer of inspiration: Science Fiction legend Philip K. Dick's 1966 short story We Can Remember It for You Wholesale.

Dick's twenty-two page story is more of a near future, Twilight Zone-style twist-'em-up than a special effects extravaganza, although it does feature the existential ennui that marks much of his work. (Want to know more about Dick? Check out my primer from last month.) In it, main character Douglas Quail is a "miserable little salaried employee" whose dreams of a more exciting life lead him to the offices of Rekal, Incorporated. There Quail purchases the memories of the trip to Mars he so covets - along with a bonus "spy" package - all of which are to be implanted directly into his brain. However, once he is put under, the Rekal employees discover that Quail actually was a spy on Mars and his current identity is the manufactured memory. This being Dick, the plot takes several more unexpected and hilarious twists that I won't spoil here, but the action ends soon after without any journeys through either space or the center of the Earth. There are no mutants, no reactors, and nary a three-boobed hooker anywhere. 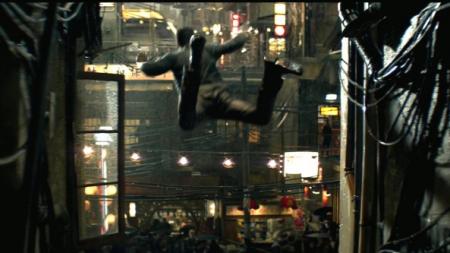 To be fair, neither the new Total Recall nor its predecessor are really attempting to be faithful adaptations of Dick's work. I'll just point out that both see fit to change the lead character's surname from the fussily avian "Quail" to the tougher, assuredly focus group-approved "Quaid." OK, that's a lie, because I will also note that Jessica Biel claimed in her recent appearance on The Daily Show that her version of Total Recall "...is not a remake of the original [film]. It's taken from the source material." Biel does not go on to elucidate how this explains the existence of Melina, the character she plays, or the Resistance, the revolutionary group to which Melina belongs, neither of which appear in Dick's story despite both featuring prominently in the older film. And, of course, there's the fact the two movies have the same name...

Leaving an in-depth examination of 1990's Total Recall for another time, I'm going to focus on the newer release, which was helmed by Underworld and Live Free Or Die Hard director Len Wiseman. From the beginning of the movie, Dick fans will realize that major changes have been made to the story. The setting is post-apocalyptic rather than futuristic, although the destruction of most of the Earth by global chemical warfare hasn't stopped humanity from making some pretty impressive technological advancements. There are ubiquitous 3D touchscreens, flying cars, cell phone implants, superguns, and - oh yeah - a train that runs THROUGH THE CENTER OF THE EARTH. In just seventeen minutes the impoverished workers of "The Colony" (Australia) can travel to their crappy jobs in the powerful and snotty United Federation of Britain. That the majority of the characters - including one played by a famous Irishman - nevertheless speak with American accents would be confusing if they all weren't also hurdling through the planet's molten core twice daily. Clearly, this is not the Earth we once knew. (Is now a good time to mention that there were no less than six credited writers on the film? No? OK.)

There is also very little of the original story's dry humor, a staple of Dick's work. Although, to be fair, any lighter moments probably would have clashed with Wiseman's pervasive tone of grim monotony.

Humanity's advancements also include some pretty incredible plot devices, such as the memory implantation techniques of "Rekall," a shady business situated in The Colony's boisterous red light district. This version of Rekall has not only gained an "l," but it also sports the punchline-killing slogan "We Can Remember It For You." It is to their offices that harried factory worker Douglas Quaid (Colin Farrell, he of the aforementioned brogue) comes looking for the high adventure he dreams about every night. Rekall is also the setting for my favorite line of the entire film, delivered by a nurse who gives Quaid an injection at the beginning of his memory implantation procedure. "It's still the best way of getting fluids into the human body," she remarks, unprovoked. Do all nurses in the future say this every time they deliver a shot? Do all nurses in the present say it as well, in case someone from the past is visiting? I have a lot of questions.

There is little time in Wiseman's movie for answers, though, as the operation uncovers Quaid's own heretofore secret espionage past and unravels the lie that was his life and marriage. What the movie finds lots and lots of time for are long, mostly dialogue-free sequences of Quaid fleeing from both organic and robotic police officers by jumping between various kinds of moving things. So those flying cars, that inter-global commuter train, and some sort of elevators system that appears to link the federated bits of Britain all make lengthy appearances as Quaid leaps onto them, punches some fools, and hurls himself away again. Needless to say, nobody so much makes a bunny hop in Dick's story at all. In fact, the only other allusions to the story that I noticed were a brief mention of Mars and the general "what is real" vibe of Quaid's best friend (Bokeem Woodbine! Taste the golden spray!) trying to convince his buddy that all the action was occurring in his head, back at Rekall. I'm aware the former was probably intended as a reference to the original movie and that the latter is more of a general nod towards Dick's oeuvre, but these are the straws and I'm officially grasping.

The rest of the plot concerns Quaid's attempt to thwart a planned invasion of the Colony by the leader of the Federation (Brian Cranston, who means well but is powerless to help matters). Other than one quickly dismissed gambit, the script carefully avoids any Dickian questions about the fickle nature of reality. Could Bokeem be right, and this whole adventure actually be taking place in Quaid's fantasies? The answer is quick and absolute: "no." There is also very little of the original story's dry humor, a staple of Dick's work. Although, to be fair, any lighter moments probably would have clashed with Wiseman's pervasive tone of grim monotony.

Let me be clear: Total Recall is not just an unsatisfying adaptation of Dick's work, it is also just generally an unsuccessful film. I would advise fans of We Can Remember It For You Wholesale - and, indeed, anyone without a platformer fetish -  to skip it entirely and instead stick with the original story. Because you can keep your massive explosions and endless jumping, not to mention all the Quaids and Kuatos. I'm more than happy with my main man Quail.

So what you're saying is that this story is best experienced inside one's head.

Very strange journey for "We Can Remember It For You Wholesale" as well as all the other Dick adaptations...

One of the things to see of any summer is unquestionably the Music festival most are beleaguered for a precise crowd or demographic such as head bangers or skaters. The arena style concerts will mark many of the top artists in country music all in one place right after one more.

An impressive share! I’ve just forwarded this onto a coworker who has been conducting a little research on this. And he in fact bought me breakfast due to the fact that I stumbled upon it for him… lol. So allow me to reword this…. Thanks for the meal!! But yeah, thanks for spending the time to talk about this matter here on your web page.