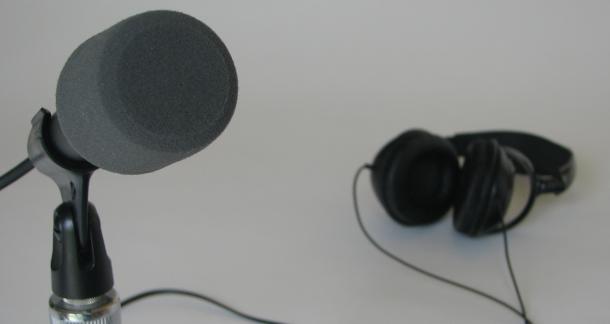 Walk into any convention and one out of three attendees will tell you they run their own podcast. The other two will tell you they’ve thought about starting one. You hear the same thing with writers who would totally write a novel that would obviously become a bestseller, if only they had the darn time. Everything always seems easy until you actually try it. Podcasts are no different. They’re a lot of work and most of them aren’t very good. But some are pretty excellent. In this article I’ve tried to collect the best podcasts around that benefit writers. I've intentionally excluded podcasts that focus on reading short stories or novel excerpts and have instead focused on podcasts that offer smart advice on the craft of writing. 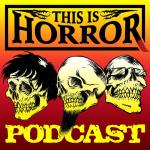 Run by editors Michael David Wilson and Dan Howarth, This is Horror is perhaps one of the more notorious horror-themed podcasts on this list. This is Horror formed in 2011 under the name Read Horror. They’ve since branched out and have also become a chapbook publisher. They've published some very strong authors in the horror community such as Stephen Graham Jones, David Moody, and Nathan Ballingrud. The podcast is already at 50+ episodes and every episode offers invaluable advice about the horror genre from a variety of brilliant authors. Paul Tremblay’s recent episodes are some I’d definitely recommend checking out. But they’ve also had other guests like John Joseph Adams, Josh Malerman, and Joe Hill. Also, any time Bob Pastorella or Stephen Graham Jones is on the show, pay attention to what they have to say.

Another podcast formed in 2011, Booked. consists of Livius Nedin and Robb Olson discussing books and conducting author interviews. Recent interviews include Paul Tremblay (he seems to get around), John F.D. Taff, and LitReactor’s very own Rob Hart. They also released a pretty rad anthology appropriately titled The Booked. Anthology. 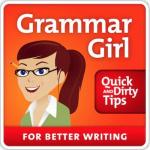 If you’ve ever wondered when to use semicolons or when i.e. or e.g. is appropriate, Grammar Girl is the podcast for you. This website publishes both podcasts and articles, and every piece they push out drops knowledge that every writer and editor should memorize. Grammar Girl is mandatory listening. 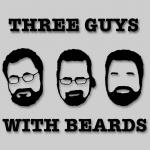 If you aren’t already sold based off the name alone, allow me to present to you the hosts of Three Guys with Beards: Christopher Golden, Jonathan Maberry, and James A. Moore. These three extraordinary bearded authors get together and discuss movies, books, anything related to pop culture. Listen to what these men have to say. They know what the hell they're talking about. And guess who was recently on the show? Paul Tremblay! I know, I am as surprised as you. Other recent guests include Chuck Wendig and Brian Keene. 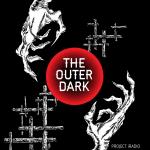 The website description describes The Outer Dark perfectly: “Host Scott Nicolay presents weekly interviews with authors, artists, and other voices from the dark end of the spectrum, with an emphasis on what’s happening NEXT in the Weird Renaissance.” Scott Nicolay analyzes horror like no one else out there. Give his show a listen, I guarantee you won’t regret it. 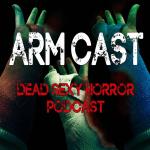 Armand Rosamilia is constantly going out of his way to promote other authors in his field, and he never asks for anything in return.  In Arm Cast, he interviews whoever the hell he finds interesting. A show that never fails to entertain. If Rosamilia is involved in something, it's almost impossible for it not to be fun. 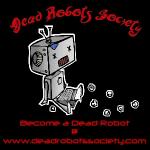 The Dead Robots’ Society is devoted to offering the best damn advice to those interested in killing themselves via creative writing. “Occasional forays into the territories of brown dragons, taco eating cowboy space ninjas, or random discussions involving monkeys are all considered rumor at best and none of the hosts are willing to admit any of that actually happened.” It was a 2009 and 2010 Parsec finalist in the Best Writing-Related Podcast category. It also probably has the best podcast name in existence. 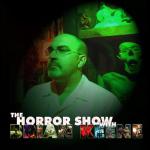 Brian Keene is one the kindest horror authors around these days. He has a zero tolerance for bullshit, but he never hesitates to help younger authors when he can. His new podcast, The Horror Show, is required listening for anybody interested in being a horror writer. Along with his co-host, David “Meteornotes” Thomas, Keene shares stories of his experiences in the writing industry and discusses current events while interviewing some of the best damn writers you’ll ever read. If you want to cry, listen to his recent Tom Piccirilli tribute episode.

And there you have it. I’ve undoubtedly missed some other great podcasts, so hopefully you can suggest your favorite ones in the comments below.

6 Podcast Episodes That Will Make You a Better Writer
What Scares You? 30 Terrifying Horror Stories Straight Out Of Your Worst Nightmares

Wow. No love for Writing Excuses. Brandon Sanderson will be crushed.

For horror or weird writers, I recomend Lore. It's not about writing, but it can certainly help in the ideas area.

I few others I recommend both for enjoying fiction and critiquing fiction: "The Cromcast" (a Conan/Robert E. Howard podcast), "How Did This Get Made" (funny guys Paul Sheer, June Diane Rapheal and Jason Manzuchas rip on bad movies), and "The Blacklist Table Reads" (script readings of some of the best un-made movies out there). Oh. And "Welcome to Night Vale" just because it's amazing.

Too many podcasts, not enought time! I need to find a longer commute.

I really wanted to include Welcome to Night Vale on this list, but then I would've gotten shit for not including countless other fictional podcasts. But yeah. If you have any interest in weird fiction, you need to study Night Vale.

Two more podcasts that deserve a mention are:

- Self Publishing Podcast (by the guys from http://sterlingandstone.net)

And 4 of them are on Project iRadio.  Just a point to make out.

Some great script/TV writing ones I listen to are Scriptnotes, The Nerdist Writers Panel, and Children of Tendu. The Breaking Bad/Better Call Saul Insider podcasts are like free film school.

SarahElizabeth from Pennsylvania is reading All the Light We Cannot See; Monster August 5, 2015 - 8:00am

I'll definitely be checking these out! I love podcasts with a deep, undying, passionate love, and I was just thinking that I needed to find more writing podcasts.

I agree that Writing Excuses should be on this list: that 15 minutes of writerly wisdom has definitely made me a better writer. But since it's only fifteen minutes long and I'm really not in that much of a hurry, I need more. This will be filling out my listening list, for sure.