7 Tips to Increase Your Odds of Placing in Poetry Contests 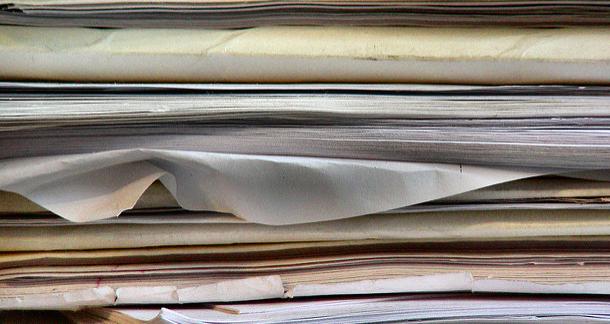 There’s a decent amount of money to be made winning poetry contests – if you reach a point where you can consistently place. I’ve judged many such contests over the years and won dozens, so today I’m going to offer some insight into what it’s like to judge them and how to increase your odds of winning them.

I’d already been heavy into the critique world for years before I judged my first poetry contest, so I thought I knew what it’d be like to evaluate other people’s work. There’s one glaring difference though: volume. It’s one thing to read a handful of poems in a row, taking time to give thoughtful critique. It’s another thing entirely to read through a stack of 500 poems and choose the best 5 (or best 1). The practice of judging contests has changed my practices in entering them, because now I understand what it’s like for the person reading what I submit—in that big ‘ole stack of competitors.

Many of these tips apply to poets submitting to magazines and journals and/or prose writers submitting to non-poetry contests, but the focus is for poets entering contests. And of course—because I can already hear distant outcries against brown-nosing or gaming the system—the end game here is actually improving your poetry, not just working the judges, thought I’d say that’s a win-win. Better work and more money? Yes please!

1. Consider What You’re Up Against

The biggest difference between submitting to contests and submitting to journals or magazines is that you’re directly up against other entrants. Sure, a magazine has a limited number of poems they can accept for any given issue, but a contest usually names a single winner. What does that mean for you?

In practical terms, it means you can’t just enter a great poem—you have to enter an excellent poem. It means that your shorter poem isn’t on the same playing field as someone else’s lengthy one. It means that your hilarious punchline poem isn’t likely to stand up against someone’s thoughtful view on grief. It means that you have to ask yourself if the poem you’re sending in can stand against a poem of serious weight. If it can’t—and not all poems can, which isn't a problem with your actual poem—then save it for a different purpose.

If you don’t want to get weeded out early, don’t send in a tall weed.

Colored paper, interesting fonts, fun shapes, formats, or techniques will make you stand out—and this is not a good thing. Unless your contest is very small, your judge is probably at least a little daunted by their reading stack. They, by necessity, are looking to narrow the playing field as fast and efficiently as possible. They are human, and humans have bias. Poetry may be an art, but it’s also a business, and businesses require professionalism. Professionals don’t draw cartoons in the corner of their page. They don’t type in all caps. They don’t right-justify.

These things might sound harsh, but there’s truth to the sentiment. Excellent poems speak for themselves; if there are other factors begging for my attention it is reasonable to wonder if it’s because the poem doesn’t hold enough value unadorned. I’m not going to automatically put a poem on green printer paper in the “no” pile, but I am going to go into it thinking that’s where it’ll most likely end up. If you don’t want to get weeded out early, don’t send in a tall weed.

3. But Definitely Stand Out

But of course you do want to stand out in the right ways. That’s why winning poems win! They’re not just the few that are left after weak poems are eliminated; they’re the poems the judge keeps coming back to. My first read-through has a yes, no, and maybe stack. Poems in the maybe stack rarely make it to the winners’ list. Poems in the yes stack rarely don’t place. That’s because the poems that get an immediate yes have grabbed me right away—they stand out.

Whether the power of a poem is in a new concept, a new take on an old concept, emotional resonance, beauty of language, exquisite form, or something else entirely, we know it when we see it. There is a place for good-but-not-amazing poems. Collections, for example, sometimes need structural poems or quieter poems to balance out the showstoppers. But contests want your showstoppers. Send us your showstoppers.

Poems I see most frequently:

So if you want to write any of these things—all of which I believe are perfectly worth writing—maybe don’t send them into contests. Or if you do, make sure you bring something new to the table.

5. Write from the Heart

The best thing about poetry is how emotional it is. More than any other form of writing (one might argue if she weren’t afraid of backlash), it’s a beeline to the feels. Poem—>heart.

So be real. It takes an incredible amount of bravery, but it’s worth it. Don’t put your intellect between me and your poem’s emotional value. Don’t sand off your emo edges. Don’t justify. Just feel, and be real, because that’s what makes readers respond. We can sense emotional honesty, and we value it—judges included.

Near-rhymes are one thing, but “epitome” does not rhyme with “catacomb.”

Check your work. We don’t have to tell this to prose writers; why do we have to tell it to poets? If your poem is about horses, a battle, includes words in another language, mentions a location, etc., check those facts. Use the right word for that part of saddle. Make sure you have the date right for your battle. Spell your Spanish words correctly. Even tiny details—when you happen to land a judge who actually knows about that thing—can throw a reader out of your poem. It’s very off-putting to see technical subject matter inaccuracies, even if the rest of the poem is good.

Also, be accurate in your rhyme and form. If you’re entering a villanelle contest, make sure you truly know what a villanelle is. Label your form correctly if you’re asked to label it. A ballad is not just a long poem that tells a story; it’s an actual form. A sonnet isn’t a synonym for ‘love poem’; it’s a form. Don’t send a rhymed poem into a free verse contest. Don’t send a prose poem into a free verse contest. Do your research; these things matter. And your judge will (hopefully) be very familiar with them. Likewise, if you’re using words you’re not entirely sure about, look them up. Misused vocabulary is never good. Nor are mis-rhymed words. Near-rhymes are one thing, but “epitome” does not rhyme with “catacomb.”

Seriously. All of them. I don’t care how amazing your poem is; if it breaks the rules, you’re out.

At the end of the day, judging is subjective; it has to be. So sometimes (many times) you’ll enter a fantastic poem and not even place. Sometimes you’ll enter what you think is just an okay poem and win! But there are things you can do to increase your odds of placing more often. Do that enough, and you’re bound to start seeing results.

Poets, have you entered contests before? Were you surprised by how your poems did? Have any tips of your own to add? I’m happy to answer questions about judging and/or entering in the comments!

Right justifying--seriously? Who does that? ;) These seem like some super useful insider tips. A few of the poem types you've repeatedly seen surprised me!

Hi, I also love to write poetry, but I never take part in any competition. By the way, I recently start playing online slot games on https://casinosanalyzer.kr/slots-online/Slingo-Deal-or-No-Deal and I earn lots of money from it, I am so happy about it. If you also want to earn money by playing some simple games then visit over here now.

Hi, these 7 tips are really amazing to increase your odds of placing in poetry contests. I lost my job and now I am looking for business plan writing services, to make perfect business plan of it. If you know any best site regarding it then please let me know.

Thanks for the info.