5 of the Weirdest Themed Anthologies To Ever Get Published 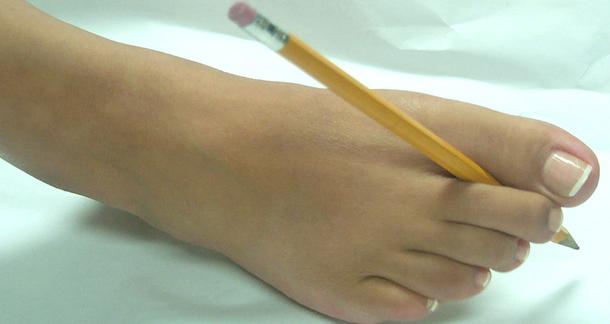 The first anthology I ever edited involved zombie boners. Whenever I try selling it at conventions, most people gasp and turn the other way. They cover their children’s eyes and recite prayers. Some anthologies, the theme is just too weird for most people to take a chance on. But that’s okay. I’m used to books getting freaky. Freaky’s my jam. I’d rather read something most people would love to burn in a fire than some boring shit stocked somewhere on the three shelves at Walgreen’s.

So with that in mind, I present to you five anthologies I highly recommend buying your mother this Christmas: 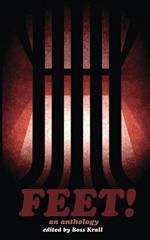 Listen, feet are fucking gross. I can’t even look at my own feet without gagging and swallowing back vomit. In Feet!, twelve authors tackle the weird, perverted world of foot fetishism. I fully admit that what I find unsexy others view as immensely erotic. There are many people in this world who love themselves some feet. That’s okay. Kinda gross, but so is everything to do with sex. For instance, I think the Burger King mascot is super hot. Does that make me less of a human being? That was not a hypothetical question. My girlfriend kicked me out of the house after discovering my secret crown and I don’t know where to go. Please help.

Best story title: “Looking for Love Under All the Wrong Laces” by Mandy DeGeit 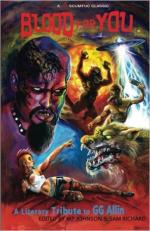 "Blood for You: A Literary Tribute to GG Allin"

In case you’ve forgotten or have never heard of GG Allin, allow me to provide a quick refresher: Born Jesus Christ Allin, GG was a musician like no other. He would defecate on stage and throw the feces at the audience. He would attack whoever at any given time. He frequently promised to kill himself during live performances. And that doesn’t even come close to summarizing GG Allin’s character. Weirdpunk Books released a literary tribute anthology to the man himself called Blood for You. Sure, it’s sort of an odd choice for an anthology tribute, but if you think about it, it might be the perfect choice. Literature needs to be more dangerous, and what better specimen to inspire it? 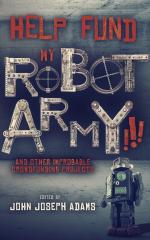 "HELP FUND MY ROBOT ARMY!!! and Other Improbable Crowdfunding Projects'

John Joseph Adams’s anthology is less of a disturbing weird anthology and more of a creative weird anthology. I stumbled across this one after reading the extremely entertaining and powerful story “Help Me Follow My Sister into the Land of the Dead” by Carmen Maria Machado. Every entry in this anthology is a short story written in the structure of a crowdfunding campaign. Weird? Hell yeah, absolutely. But does it work? Of course it does. How couldn’t it? Worth it alone for Machado’s story. The rest of the TOC is mostly pretty great, too. 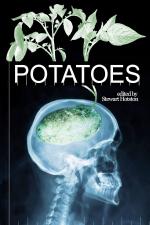 This is an anthology about potatoes. 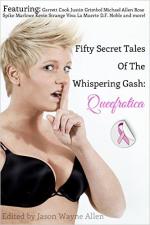 I don’t really know how to discuss this anthology without editorial censoring the entire entry. Have you ever leaned over your windowsill, elbows against the wooden panel, jaw buried in your palms, and dreamed of an anthology devoted to the magical world of queefing? Yes? Well, then this is the one and only anthology you will ever need to own, you weird bastard. All the proceeds are claimed to be donated to "Breast Cancer Awareness and Education Awareness Organizations", although a specific charity is not mentioned, which is a red flag to me, so use caution when purchasing...if for some reason this is a thing you feel you must purchase.

Best story title: “I Am But A Balloon” by Mandy DeGeit

So, there you have it. Some of the above anthologies are worth your time, and others are...probably not. You can decide for yourself which ones fall under which category.

I have a feeling I’ll regret asking this, but if there are other anthologies out there that you think belong on this list, please drop a note in the comments and tell us about them.

Marketing Spambots: How ways to spam a Litreactor, and other spammy stories.

In all seriousness, I just don't get freaky for sake of freakiness. There is a fine line between difficult topics (literature) and smutty gore for sake of goriness. I understanding reacting against puritanicalness, but that goes way in the other extreme.